Hit enter to search or ESC to close
Interventions

Getting Tardies Under Control 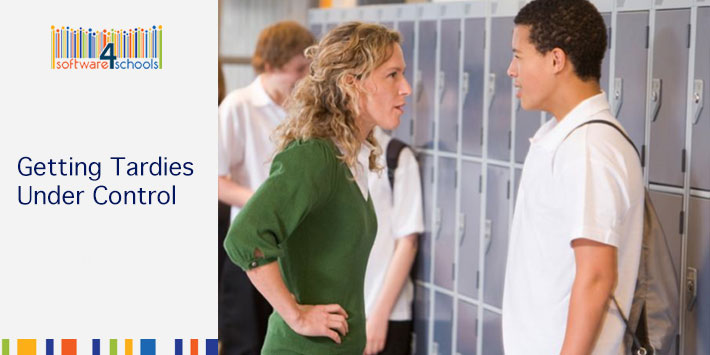 William Shakespeare, in his Seven Ages of Man, depicts

… the whining schoolboy, with his satchel
And shining morning face, creeping like snail
Unwillingly to school

and so saying identified the problem of tardiness!

Every school has to deal with the inevitability of major disciplinary issues. Growing children, trying to figure out their own identity, wrestling with their inner demons of self-worth, insecurity, moods, sexual impulses, and their relationships with others, can all too easily fall into patterns of behavior that give great cause for concern.

Then there are lesser, repeatable offenses which by small increments, like water dripping on a rock, wear away a student’s performance at school. Any one instance of these infractions would of itself be trivial, a mere hiccup. But an ongoing pattern becomes debilitating. And the management of this tide of tardies can give the school considerable headaches. What is to be done?

It seems that tardiness tops the list of these infractions. Schools with dress code policies often list this as the #2 general problem. Various other things vie for third place, depending on the issues a school deems to be important to resolve.

Every minute late to class is a loss of set up instructions for the lesson period. And the more tardy the student is for that period, the more instruction he misses and the more he feels disconnected from the class.

You know this as an adult. If you come late to a meeting or class of any kind you feel at an immediate disadvantage.

Why does your brain go there? Because you care. You don’t want to be left behind.

So you whisper to a friend, even momentarily distract them, and perhaps cause a slight disturbance to the group leader. Or you can wait it out, see what others are doing, and slowly figure out what’s going on. And until you catch up there is that gut sense of discomfort because you are coming from behind. It’s even worse if the class leader suddenly puts you on the spot with a question for which you are not prepared!

All this you know, because you care about prompt attendance.

Translate this to the good student, and they will feel the same. They can slip into a class with minimal disruption, find their place and get caught up. These kids are not late very often.

This is the major problem. Depending on the socio-economic area of your school, its geographical location, and related factors, you may have a troublesomely high proportion of students who DON’T CARE; who “creep like snail unwillingly to school.” And this breeds poor performance and a raft behavioral issues that you have to deal with.

The student who comes late, and doesn’t care, shrugs off missing the start of the lesson. He may enter the classroom noisily, ask demanding questions of the teacher, disturb the kids he sits near because he want to socialize, and take his time – if he bothers at all. He is now disconnected: he doesn’t have his head in the game, he’s not part of the class, the thinking, the conversation. Try as she might, the teacher has a problem on her hands. Not only so, but this affects the student ’s grade.

When that tardy kid is also one of the small percentage who can wreck a class and drive the teacher to distraction the small tardy problem has grown into a major problem. These kids don’t care.

The management of tardy students saps school resources and hits school performance.  Since the school attendance records, including reasons for absence, truancy and tardies form a legal document, the logging of tardiness must be as accurate as possible. If all that was required was to mark the tardy in the school information system, the management might be quite straightforward. But tardiness has its consequences; and the more that tardies accumulate for students so the consequences can ramp up. Those consequences also need to be logged and tracked so that meaningful discipline can be applied, with the hope that eventually student behavior will slowly change for the better.

A solution in sight

Software 4 Schools pioneered a system to handle this, and in its current iteration is now an easy-to-use web-based tool called Discipline 4 Schools. Its goal is to make it easier for the school to process what may be thousands of tardy incidents without the tracking collapsing into piles of spreadsheets, unwieldy Google docs and emails, poorly run detentions, and the exhaustion of being overwhelmed by the sheer volume.

Many schools tell us they prefer the focused use of Discipline for Schools at a sensible low price rather than a jumbo application costing thousands of dollars.

Whatever solution you choose, it needs to be effective for you because the non-monetary cost of thousands of low-level infractions is debilitating both to the students and to the school.